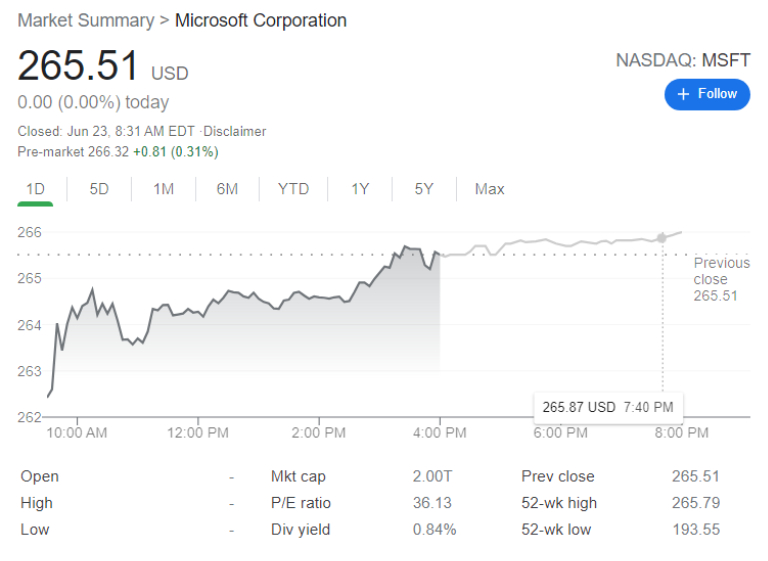 It seems there is a lot of confidence in Microsoft. Its software updates and innovation coming our way along with a new version of Windows are comforting news. Timely leaks and teasers have been informative, letting all their followers get a taste of what’s in store for them. But with Microsoft’s share price going up, it seems that more important than a trail of pre-event marketing tactics is the announcement of Satya Nadella’s role being expanded to Board Chairman in addition to his role as CEO.

The news of Nadella’s expanded role along with Microsoft’s much-anticipated new Windows a few days earlier together propelled massive enthusiasm. Windows had also announced an end to 10 support by Oct 14, 2025 that sent a signal too.

A New Version of Windows

All those who have used Windows for many years are quite used to its familiar loading sounds and elegant style. Sure, there have been critics for everything the corporation does, and Microsoft may have made some glaring blunders years ago, especially with a disappearing Start button; but, Windows 10 has been a relatively pleasing experience, even for many critics.

With whatever we have to go by, including the leaks and teasers, most enthusiasts seem comfortable with the idea of a new Windows. Do check out Tom Warren’s Tweet to see what’s coming your way.

Other Microsoft Updates that Excite Us

Apart from Windows itself, Microsoft Teams has also taken a huge leap, and is now leading video/voice communication tools. And this is thanks to the mobile app developers, creative designers, etc. behind the scenes who are the ones who build and take handy technologies forward.

So, now you have Microsoft Teams that can accommodate 98 people in a video meeting. And you’re also getting Microsoft Edge’s password security tool, and everyone knows how hard it is to remember passwords for a long list of assets. A password protected tool is just what we need.

Edge has been evolving rapidly into a robust browser, while millions are still in love with Internet Explorer. But they will have to let go of it at some stage because it’s getting harder for patrons to log into some Microsoft accounts via this browser. Microsoft Teams web app will also be unavailable for them, and by August 17 2021, so will Microsoft 365. It’s best for everyone to move over to Edge.

Among other anticipated updates, we’re expecting new fluid Office documents introduced in Teams and OneNote. Enthusiasts are also pleased to know that Microsoft will have the next-gen Xbox games with the Xbox One on the xCloud.

The next Windows experience, likely to be called Windows 11, is said to be a system that is geared toward serving us well in the post pandemic world. Given the concerns in recent times and the safety requirements now that are a part of the new normal, Windows has been working intensely on features that are supportive. An example is Microsoft Teams now accommodating many more people on video call, enabling us to stay home and work safely.

While we are getting some wonderful new and additional features, some enthusiasts also have their expectations of Windows, such as faster operating system updates. They believe that updates shouldn’t take 20 minutes in the year 2021. Besides this, other things that users would like to see in terms of an improved Windows include the following:

Whatever the technical processes behind Windows updates and other features are, user demands may drive these changes in time to come. And who knows, we may see some new things from this list announced at tomorrow’s Windows unveiling.