Pokémon Go is a location-based augmented reality game available for both iOS and Android devices. The game simply entails players using a smartphone equipped with a GPS to search and capture virtual monsters, Pokémon, and train them to conduct battles among themselves. What makes the game fascinating is that Pokémon is made to appear on the screen as if they were in a similar location with the player. The ability of a player to go out of the house and wander around hunting and catching Pokémon makes the game incredible.

This game has seen the whole world go crazy. Even individuals that are less absorbed to video games have been surprised in the last days due to the unanticipated influx of Pokémon. The app has flooded news sites, social network feeds, and even business publications. Pokémon has taken the world by a storm and is now being used for advertising cafes, banks, and religious organizations.

What is Augmented Reality? 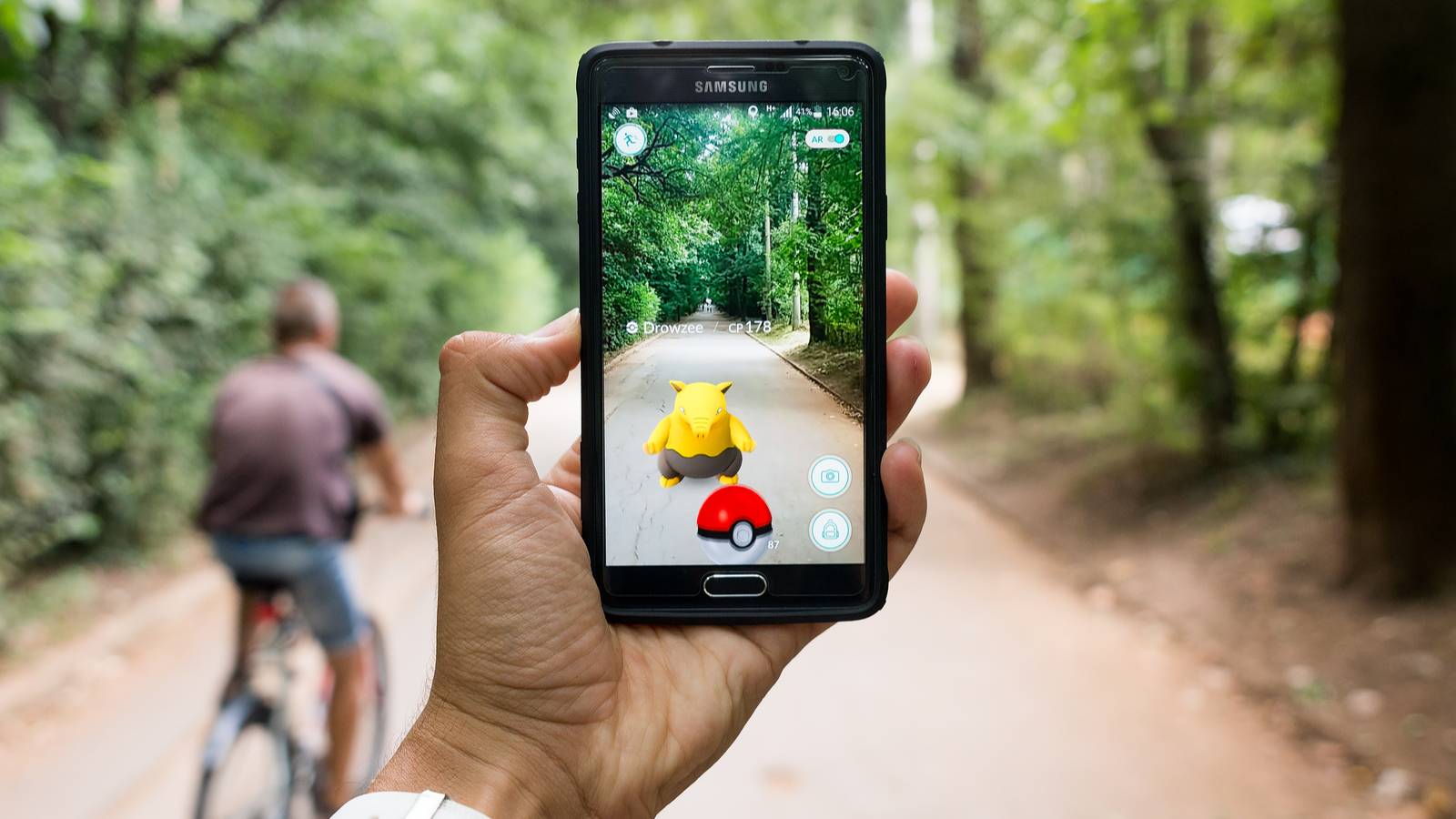 Before we dive into the complicated dynamics of Pokémon, it is good to first understand augmented reality (AR) and what it entails. In simple terms, augmented reality is the integration of pertinent digital information with the surrounding environment in real time. AR can be experienced through a tablet, smartphone, or headset. The incorporation of AR technology in the game, Pokémon Go has encouraged players to go outside and interact with their environment as well as with one another. In the process, users have been able to explore their towns and cities more.

How Does Pokémon Work? 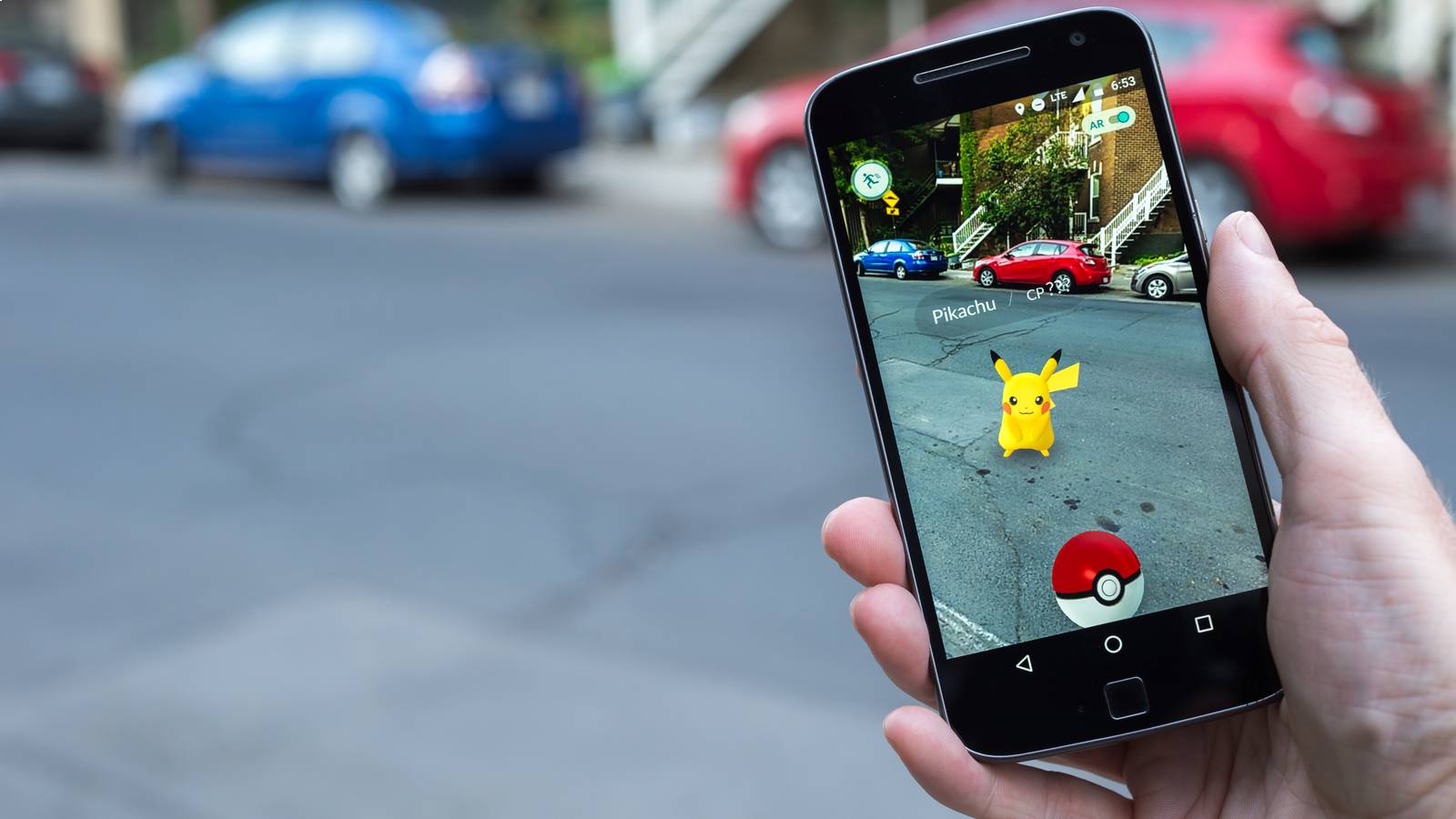 For starters, Pokémon is a kind of a virtual pet that needs training and which players must take good care of. This is in itself fascinating, but other than that, a user can join any of the three global teams to fight for a territory. After downloading the application and creating their own character, players gain access to animated Google Maps, where actual names of squares and streets are hidden. These places have comparable real buildings associated with specific Pokémon. As players move in the real world, their character repeats the movement and the route. At this point, you can randomly encounter Pokémon, capture, and add them to your collection.

Why Should You Create a Game Like Pokémon Go?

There are tons of reasons to create a game similar to Pokémon Go. First, have you looked at the revenues this game is raking? According to analyst firm, Sensor Tower, iOS Pokémon Go players in the US alone spend about $1.6 million daily. These are figures that you could realize too with proper development and marketing of your game. Furthermore, if you are in business, you can use your Pokémon type game to drive new customers and clients to your enterprise. Pokémon Go has the ability to direct players to locations of Pokémon frequent appearance. You can use the AR technology to lure people into your place of business. There is a business model behind Pokémon Go that you can greatly benefit from. Moreover, integration of augmented reality into your game will be compelling to users and this will lead to more downloads, and maybe income for you.

Before building a game like Pokémon Go, you need to have an idea of the features the original game offer so that you understand what you are up against and what is expected of you. Here is some evident characteristic of the game.

Pokémon Go is not the first game to use augmented reality. However, Nintendo and Niantic have been able to use this technology in a whole new way, never seen before. This specific technology has made Pokémon the best mobile app game in the world today. The game is GPS-dependent that lets the user create an avatar that can capture, train, battle, and trade Pokémon characters while in the game. The application trails the player’s location and lets the user enjoy the game in real time. If you are going to create a Pokémon type game, you must put this feature into consideration. In fact, this is the key attribute that makes Pokemon Go captivating and popular.

The game uses a fresh and new technology that has had very little use in the past. This technology allows the user to be a part of the game. This is achieved through the use of augmented technology and integration of local landmarks into the gaming world. This novel technology is not only incredible but highly interesting. This is definitely a feature that you will have to consider when building your Pokémon type game. You need to let your users leverage the benefits of such modern technology.

It is the latest modern trend of application developers to use GPS in their applications and games. Pokémon Go is one such game that uses GPS to identify the player’s location and offer real-time gameplay to the user. Since it is a GPS based augmented reality game, Pokémon Go forces its players to literally take a walk and go out. From this, users are able to accrue several health benefits from playing the game.

We all know that Pokémon Go is at the top of App Store’s top-earning charts. Although it is completely free-to-play, its developers have not neglected monetization. In fact, most parts of the game motivate you to make payment. You can buy Lucky Eggs to increase your XP, or you could use Incense to make more Pokémon appear in unusual spots. App monetization is something that you really need to consider if you are to make a killing with your Pokémon type game.

When building a game, you must develop something that will be beneficial to its players. Nintendo and Niantic had an idea to create a game that will offer more value other than entertainment to players. Let us have a look at some benefits users get from playing Pokémon and how such advantages can inspire you to build your own Pokémon type game.

Pokémon Go is a screen type game that has able to beat all the criticism surrounding games, where critics say that screen time reduces physical activity. If you have played Pokémon Go, then you might have realized that it is impossible to proceed in the game with little movement. Walking is good for your health. The game is a great motivator for individuals to move get out and walk around. An aspect of the game that encourages much walking is where you have to hatch eggs. The game requires you to walk for 2-5km for incubation to complete. The game has seen a lot of players reap health benefits as they simply try to hatch eggs.

Taking brief breaks has been proven over the years to be beneficial. It helps to improve concentration, increase productivity, and prevent boredom. Playing Pokémon Go offers a completely different experience from what a quick check of Facebook or Twitter offers. Doing the latter eats more of your time than you had actually planned. Since Pokémon does not come by easily on the game, you only need to catch one or two and get back to work.

The Game Brings People Together

It is believed that technology and gaming drives people apart and makes individuals anti-social. This is true to some point, but Pokémon Go is turning this complaint on its head. The game has made people to go out, explore parks and speak to each other about their game progress. Players meet to interact and share information on where they can find certain species or offer each other tips on gym training.

The above stated benefits could stimulate you to create your own Pokémon type game and see its users accrue such benefits from its use. By making changes on the original app, you can come up with something that will be of more value to players.

How to Create a Pokémon Type Game

You might have fallen in love with the game, Pokémon Go and would like to create a similar version. Well, there are a few ways you could go about this as there are various technologies you can utilize to build this game. You can make use of the Angular JS technology or the PHP technology for the creation of such a game.

However, reproducing the success of Pokémon Go needs a lot of careful planning. It will not be just enough to create an alternative Pokémon Go game with the same features as the original one. You need to add your own features. To do this perfectly, you need to play the game for hours and identified loopholes that you can capitalize on. It’s same as doing a competitive analysis and finding a competitive edge.

What You Need to Create a Basic Pokémon Go Type Game

The following are some simple things that you might need to create a basic Pokémon Go like app:

Come up with a way to authenticate users. You could implement Facebook or Google login. Having a proper way to identify users helps you track progress

Have access to earth map data. This allows you to present a map to players.

Develop an app that has access to GPS and one that draws a basic map with the player at the center of it.

Build a web service which when given a user id, retrieves nearby points of interests and virtual objects. Additionally, the web service will help to keep track of the player’s progress, and experience points.

As earlier stated, Unity is one of the best engines to build a Pokémon type game. Unity can be combined with Vuforia, a Virtual Reality library tasked with integrating objects in the real world and mapping the environment. You will also need a good server that you will use to retrieve what is around a specific player. For quick retrieval, you will need to index virtual objects and points of interest by their coordinates. You will also need to have a background process that repeatedly shapes the virtual world.

How Much Does It Cost?

When it comes to creating applications, the question of how much the whole procedure costs is often asked. To make things clear, there isn’t a precise cost of developing such an application. The amount to pay highly depends on the features and the functionality that you would like to add in the application. The cost of this kind of a game can only be calculated according to its functionality.

Pokémon Go was 2016’s rocket ship — it broke download records and it raced to $500 millionin revenue quicker than any app in history. Now it won yet another accolade, the fastest game to reach $1 billion. Click here to read more at TechCrunch.

If we start to think in numbers, we soon realize that we will need at least $200,000 to create our own Augmented Reality game or application similar to Pokemon go!

At Cubix we design high-quality applications, solutions, and games. We have a highly trained team that is ready to help bring your ideas to reality. In this piece, we have listed the features, advantages, and benefits of the game, Pokémon Go. So, if you are interested in creation of an augmented reality app, contact us for more information.